A lot of your work in medical history examines people and conditions which are considered by the larger society to be “monstrous” or “freakish.”  What do you think it means to “monsterize” these people?

I think humans are fascinated by differences, including extreme differences, and also have a tendency to want to say to themselves (to quote my late great-aunt-in-law) “Thank god I’m pure.” (She said it sarcastically, typically after a load of gossip about someone else’s bad behavior, but I think she named what we’d all like to be able to say about ourselves un-sarcastically.) So people look at strangers who are different in some way and use it both for entertainment and also as a route to self-assurance (“thank god I’m pure”). Ironically, when people actually get to KNOW people with atypical bodies, they discover they’re just people, and they stop doing the “monsterizing” thing. One reason a lot of conjoined twins have opted to live in small towns is that you get to know everybody and everybody gets over it.

In your process of looking at the conditions, the reader is often left with a better sense of the individuals which have been labeled.  Strangely, the best way to put this is that you “humanize” a set of our population by balancing narratives about individuals with background history and data on the labels/diagnosis.  Have you thought about this process of “making” these groups “human” again?

Yes, and I think the way to do that is to lump instead of to split. In other words, I’m interested in what makes us alike — which is why my book on conjoined twins is called “One of Us.”

I have to confess, though, that I think I’m a little abnormal compared to most people. I’m not wowed by celebrity at all, so I have a hard time approaching people with dramatically atypical bodies (or histories of atypical bodies) with the sort of celebrity awe that a lot of other people have. I just see everybody as one more body on the planet, because I just don’t get what other people get out of celebrity. As a consequence, perhaps it’s easier for me to write about these people as people because that’s all I see, since I fail to really get what other people get out of celebrity auras. For example, when I was on Oprah, I was not that interested in Oprah. My friends were aghast, for example, that I forgot to bother to get a picture of myself with Oprah. The person I was fascinated by that day was the guy who was apparently in charge of one thing and only one thing: the curl of Oprah’s eyelashes. He kept showing up to redo the curl between segments. I wanted to spend about an hour with that guy getting to know him, what motivates him, how he ended up in such an unusual profession. No kidding — if you gave me an hour with him or with Oprah, I’d take him in a heartbeat. He seemed like he probably had an interesting life that would be interesting to hear about.

You have written on conjoined twins, individuals with achondroplasia, and folks with ambiguous genitalia.  How do you think your work helps us, the readers, understand the world?

One of the things I try to do in my work is to get people to understand that we all have bodies and that our bodies matter sometimes directly (e.g., I get really sick if I am orally exposed to milk proteins or gluten) and sometimes indirectly, because of social rules (e.g., to decline an offer of food, which I frequently have to do, is read as impolite and even offensive). I try to get people to understand that we very often think the direct effects (our anatomies) are the most limiting, but that in fact it’s the indirect effects (social rules that constrain how we feel and how others feel about us) that have the biggest impact on us most of our days.

A good example would be when I gave birth. I opted to birth without pain killers because I didn’t want to introduce any risk to myself or the baby. As a consequence, I knew I had to set up an environment that would allow me to do that kind of labor. That meant engaging a midwife and a doula and also engaging my husband in the decision. That birth hurt a ton! But it wasn’t that big a deal, really, because I had set up a social system in which I could manage my anatomical reality quite well. As a consequence, I had a fantastic birth experience, including by being in so much pain that I temporarily went into a sort of other level of consciousness that I found absolutely fascinating. I loved birth, including the pain, and I’m not normally someone who “enjoys” pain. A lot of women point to their bodies and say, “I can’t handle the pain of birth.” But they don’t understand that pain happens within a social context, and that sometimes that context makes it manageable, and sometimes it makes in unmanageable. The truth is, I get headaches I can’t manage because my social environment won’t give me a break for a headache. In a different social context, I’d need a lot less Tylenol.

I just wish we’d all pay more attention to how we set up environments that make peoples bodies into problems.

When you speak of environments, it seems like you are in many ways privileging a social or psychological environment – not necessarily a physical one.  Yet it is precisely the physical which fascinates so many:  “How do you decide who takes the lead when walking?” // “What does it feel like to be like you?”  Having done interviews with folks with lots of different types of bodies, have you found a good way to be both non-rude (which I think is different from “sensitive”) and get answers for the physical questions that often provoke the initial interest people have?

To be honest, those are not questions I have, because if you start to dig at all you get the predictable answer — “we work it out same as everybody.” I’m afraid my answers are often more along the lines of “where did you get that pretty necklace?” and “Where’s a good place to get a bite to eat around here?” Sorry.

My friend (now friend) Ellen Weissbrod made a film about the Schappell twins for A&E, and before A&E ruined the film, it was a stunning piece about the rest of us looking. It was an amazing piece. But A&E wanted instead a film about that — they wanted footage of conjoined twins brushing their teeth and doing their laundry. The Schappell sisters found this as ridiculous as Ellen and I did, because honestly, they do their laundry and brush their teeth the same as all of us do — however we can get it done, we do it.

By looking at the sheer variety of the human phenotype, you seem to be doing something important in terms of examining what it means to be/have a “monstrous body.”  At what point, if it is, did this become intentional?

I don’t know. I think I’m fundamentally a lumper so I was always going to approach these issues as someone who saw the commonalities between us all. It’s just a personality thing, not something I really set out to do per se. Another part of my personality is that I have a really low tolerance for systems that are thoughtless or stupid. I like logical, well reasoned systems. Treating people poorly because they were through a fluke born with something odd is just a thoughtless and stupid system, so I’ve tried to replace it with a logical, well reasoned system. At the end of the day, it seems obviously just the golden rule, which we know in practice works really well. So I try to ask — “if that were me, what would I want?” but instead of using the me I am today, I try to use the me I would be if I were born that way, i.e., use the evidence we have from the people who have lived with that condition. When we do that, what we find is that most people with atypical genitalia would not want surgeries to which they did not consent; most people who are conjoined will be fine whether their parents elect separation or not before about the age of 1 year, and after about 1 year of age separation starts to have negative psychological consequences; most people with cleft lip will want the “primary” (basic) repair but don’t want a lot of surgical fussing beyond that. It’s not that radical an approach, but it’s also not the approach used often enough in medicine. If it were, there would be a lot more recognition that people can handle a lot of variety in their own bodies, especially if their “difference” was something they were born with. Most of us grow to be comfortable with the basic body type we came with.

A fair amount of the prevalent “medical documentaries” on cable television seem to serve as a modern-day sideshow by allowing the viewer to see the 500-pound woman, the hairy boy, the attached twins, etc.  Is it possible to balance the “freak show” aspect with the educational component?

Probably not. What we know from sociological studies is that knowing someone with a difference — be it a sexual orientation difference, an ethnic difference, a bodily difference of some other kind — tends to be what stops bigotry. Television doesn’t stop bigotry very well because we are not truly interacting with these people, we are not shaking their hands and smelling them (which it appears turns out to be important for social bonding). In most cases, television just adds to the freakish overtones, creates distance, and focuses on how we are different rather than how we are alike, and so it’s not very helpful.

Since this is for Story, I was hoping you could briefly share your favorite story you learned from your work.

Ack! That’s like asking me to choose among my children. I think if you want something short, I would say that perhaps the story that drove home what I’ve learned best of all is when I learned from the descendants of Eng Bunker (one of the “Siamese Twins”) that the big secret in the family was their interracial heritage (being descended from an Asian man married to a white woman, in the antebellum south), not that they were descended from a conjoined twin. It’s another good example of how which anatomy will matter depends on the social context. 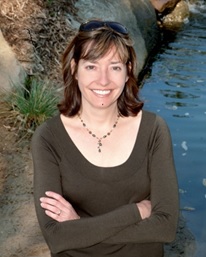 Alice Dreger is a historian of medicine and science, both an academic and mainstream writer, and patient advocate. Since 2005 she has been at the Feinberg School of Medicine at Northwestern University in Chicago where she now serves as Professor of Clinical Medical Humanities and Bioethics.    Two previous books, Hermaphrodites and the Medical Invention of …

Rory Kraft is an assistant professor of philosophy at York College of Pennsylvania. He edits Questions: Philosophy for Young People and was co-editor of Philosophy Through Teaching.