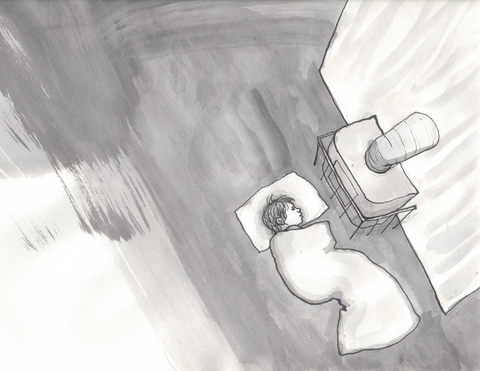 I have a brother.

I never met him.

His name is Mark.

Mark only lived thirty miles away from me the entire time we were growing up.

I was in Lebanon, Pennsylvania and he lived near Harrisburg, the state capital.

Our father, Billy Lee Wells, already had a son and two daughters and his wife was pregnant with Mark when he began dating my mother. 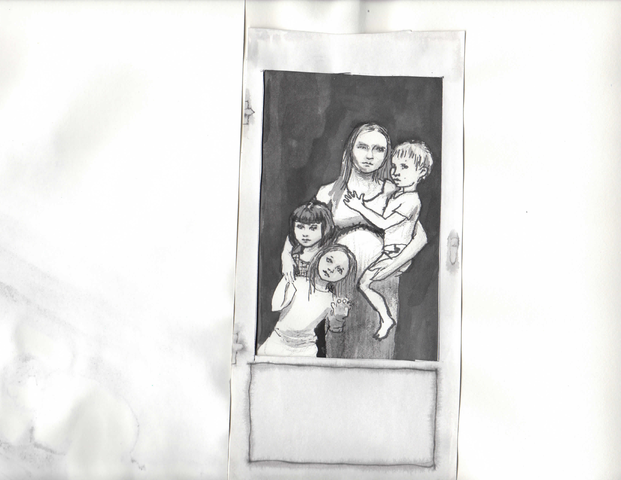 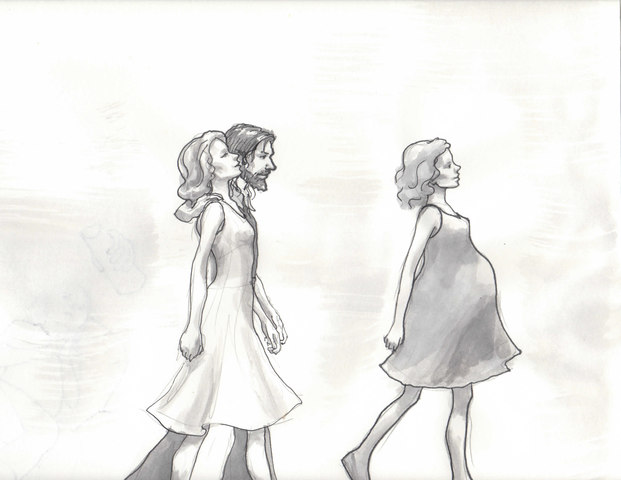 My mother, Janice, had four children herself and a husband named Henry Jacob Wise when she was pregnant with me.

Mom always said that I wasn’t an accident–that both she and Billy Lee really wanted me–but I don’t see how that was possible.

Why were they trying to make more children when they were running out on the eight children they already had?

I’m sure Mark had a tough childhood never knowing his father and not having a father around. But I’d like to tell Mark some things about our father.

When you and I were born, Billy Lee Wells left the entire state.

He abandoned both of us.

First he went to New York City and worked in the World Trade Center as a file clerk.

Then he went to San Francisco where he lived in the Geary Street Hotel and worked in a book bindery in the Mission.

My mother Janice kept on living with her first husband for three years after I was born.

She and Billy Lee conceived another child, my sister, Gabrielle, when Mom was still living with and married to Henry Wise.

Me and my sister took the last name Wise. Henry Wise was listed as our father on both our birth certificates.

My mom worked at a department store at the mall, Boscov’s, and when they had their annual summer picnic, Janice put my older sister in charge of me while she was making out with Billy Lee on the blanket. 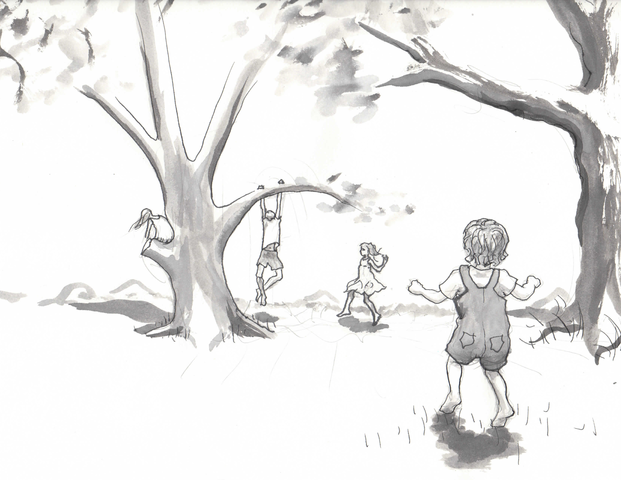 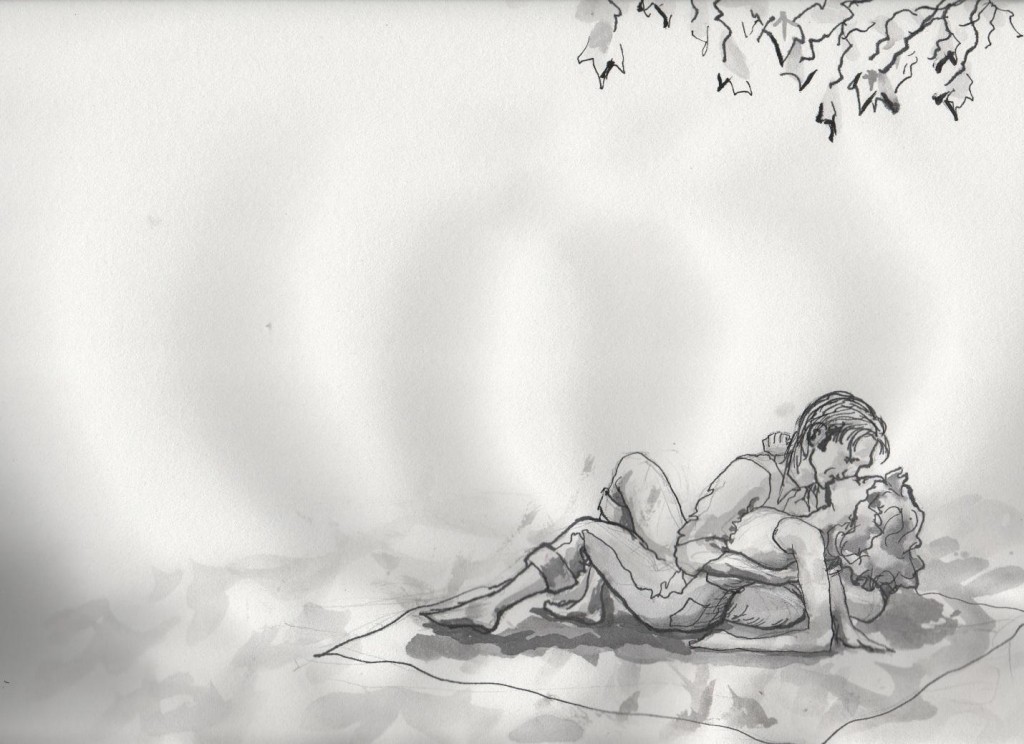 My older sister Andrea must have been five. I was nearly three.

I cracked my head open on a rock that day.

I spent six weeks in the intensive care unit at the hospital.

The accident left me with a severe speech impairment for my whole life.

I guess Billy Lee created quite a stir in Lebanon. He wore his hair long. He ended every sentence with, “Cool man.” He wore sunglasses, unbuttoned denim shirts, work boots. He carried a guitar around.

Anyone in San Francisco or New York could have spotted him as a fraud or a poser in a second. A poser is someone who has the look or the fashion of a certain movement, but didn’t get the gist of the movement. 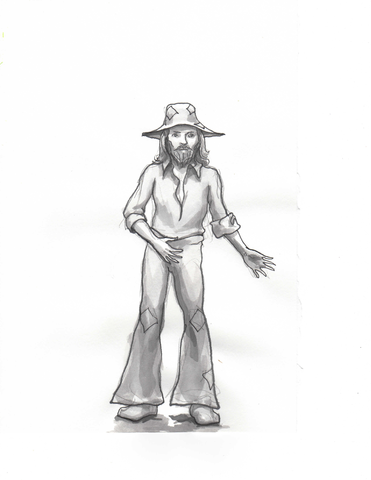 Mom liked him, I guess. I imagined she liked having a big city hippy for a boyfriend in a small town like Lebanon, PA.

A lot of crap went down after Henry and Janice split up. Some of Mom’s other kids moved with the baby Gabrielle and me into low income housing. Billy Lee lived there illegally so they could keep getting low income housing vouchers.

We all considered Henry our father because he had always taken care of us. He was there from the start. And Henry was still there for us. We all went to visit him. We called him Dad.

We never called Billy Lee dad. Not once.

Billy Lee was in and out of our lives. He’d move in, he’d move out. Just when you trusted him, trusted that he’d be around, he’d move out again to live near the bars downtown.

When he lived with us, he started drinking Friday after work at the steel foundry and didn’t stop until Sunday night.

Some nights he didn’t come home.

Sometimes we found him in the bathroom with his head in a trashcan of vomit and his pants around his ankles.

When my step­sisters were teenagers, Billy Lee walked around the house naked. 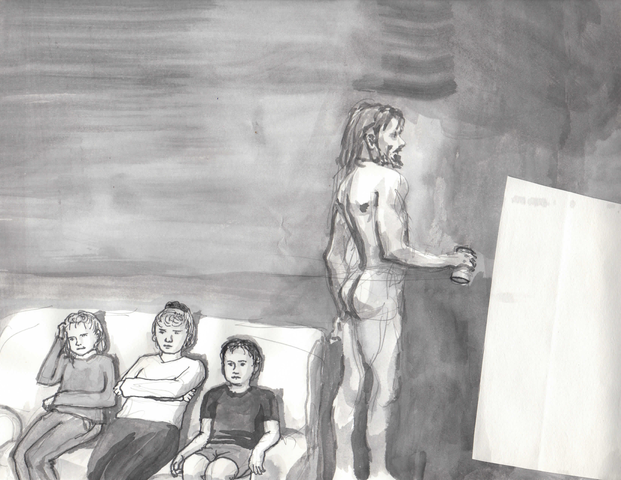 If we made noise in the morning, he’d storm out of the bedroom naked and yelled that he would kill us if we made any more noise–like laughter.

Yet I begged to spend time with him.

He was my father and I was a very lonely kid.

I was overweight. My stutter was so bad I could barely speak.

When I talked, I gasped for air and no words came out.

When I talked, I stamped my feet and gasped until I turned red, but no words came out.

Sometimes our father took me along with him to bars on Saturdays. He let me drink soda and shoot pool while he played cards for money.

At the bars, he told people that I was retarded.

Neither Billy Lee or Mom ever did anything about my stutter.

They never looked into speech therapy for me. They just let me suffer through school without being able to speak.

Billy Lee wouldn’t even listen to me try to talk. He’d say, “I can’t understand him,” and walk out of the house.

I won a writing contest in the sixth grade and he threw the mimeographed book into the garbage can and said, “You didn’t write these.”

He told me I had no imagination. 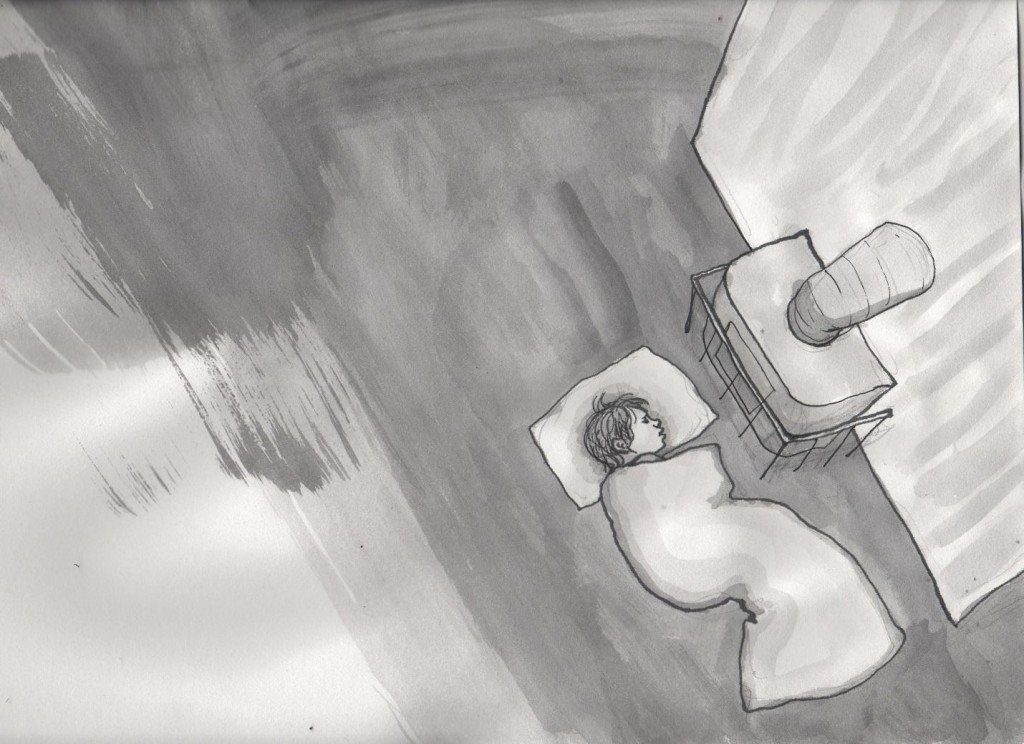 He ripped the phone off the wall and beat my mother in the face with it when she complained about his girlfriends calling the house.

He kicked my older step­sister Andrea in the leg so hard she couldn’t walk for a month and had a green and yellow bruise the size of a basketball on her leg.

Even worse than all that was that he always tried to steer my entire life in the wrong direction. He purposely gave me a lot of bad advice so I’d fail.

I now realize that alcoholics do this, that they destroy those around them so they don’t feel so bad about being such failures.

He drank and gambled away most of the money he didn’t have to pay in court­-ordered child support to your family in Harrisburg.

And the whole time, he acted like he was some guru or something, like he was enlightened.

He went to a hypnotherapist who did past life regression and he came back claiming he had been Nathaniel Hawthorne, a Roman Senator, and an alien who had built the pyramids.

After that, he lorded over us even more.

My sisters and I starved ourselves—we squirreled away our lunch money so we could have pocket change.

Billy Lee was the worst father I’ve ever met in my life.

Billy Lee was one of the worst people I’ve ever met too.

So, to you, my brother Mark, who’s the same age as I am and who looks very much like me, to you, Mark, who was always only thirty miles away from me, to you Mark, I want to say that I know how hard it must have been to grow up without a father, and how hard it must have been to be lonely and poor, but to you, Mark, I also want to say that you were much better off without our father, Billy Lee Wells. Much, much, much better off.

I want to tell you, Mark, that you were the lucky one not to know Billy Lee.

Our father never made anyone’s life better or easier or happier, not one single person. He never helped anyone. He never did a good deed. I want to tell you Mark that you were and are much better off without Billy Lee Wells, our father, your father, my father, in your life.

And I want to say to you, Mark, whom I’ve never met, that it is really easy to be a good father and a good person. Just do the exact opposite of whatever our father did. 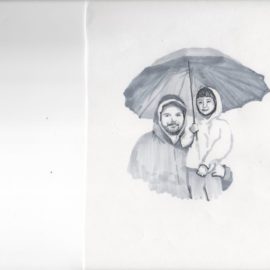 Dustin Lincoln Wells lives with his family in San Francisco.

Beth Mussay is an illustrator and portrait painter based in Waxhaw, NC. She graduated from Pennsylvania Academy of the Fine Arts and has shown at City Art Gallery in San Francisco. Her primary interest is the human form, rendered with an emphasis on mood and organic line.