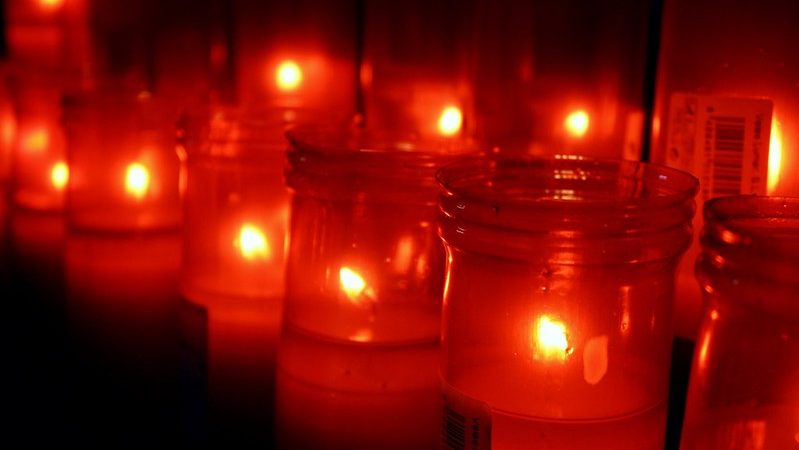 It was a patient, Mr. Clayton, who told Nell about the Traveling Hall of Wax, while at her office to replace a cracked molar. After measuring the gap and gluing in a temporary crown, Dr. Klein left Nell to clean up.

Mr. Clayton spit. “You know Taylor Swift? I mean, I know you don’t know her. She’s a bizillionaire with a yacht and a private plane and what you do call it, entourage. Like the TV show. But you know what she looks like?”

Nell had seen the singer on magazine covers. Her teeth sparkled, and her dental hygienist must be very proud, and maybe also owned some kind of boat, though probably not a yacht. “I’ve heard some of her songs. Stay still please.” She selected a tool.

“I don’t know about songs, but if you want to see her up close without paying a million dollars, I know a way.” He waited, a bit of drool on his chin. In moments like these, when it was so clear what patients wanted, Nell toyed with the idea of not giving it to them. But she did. She always did. It was just easier that way.

“Wow, really? That’s so interesting. How?”

Mr. Clayton grinned. “Wax museum.” He’d heard it from his cousin in West Lafayette, the one with the hip troubles, not the one who sold farm equipment. It would open on Wednesday, ten to six, in the building that used to be Krogers, then Family Dollar, then the for-profit business college that closed after some of the students sued it, and now remained empty. After a long weekend, it would move on to a mall three towns over.

Mr. Clayton beamed. His bottom incisors stuck out at odd angles – not enough to qualify for braces, just enough to mark him as poor. Nell thought of telling him wax museums were idiotic, for children.

“Well, isn’t that neat!” She repositioned the lamp so it shone down his throat. “Open up, please. Wider.”

Nell had no particular love of dentistry, or any job really. Even as a child, when teachers asked her what she wanted to be when she grew up, she answered “vet” but meant “dog.”  But then her father had been fired from his adjunct teaching job and decided he was meant to be an artist, anyway, so really it was perfect. “I never meant to end up in this town, Nellie,” he told her. “No one here would know art if it bit them in the ass.” And so it fell on Nell to earn money for the both of them. She’d chosen “dental hygienist” at random from a list of two-year certifications over twenty years ago, and learned only two things in the decades since: mouths were disgusting, and no one opened wide enough on the first try.

When she withdrew her hands, Mr. Clayton tongued all along his molars and said, “My cousin said the statues look as real as you and me, I swear on my life.”

Under the fluorescent glare of the lamp, laid out like a corpse, this man did not look real. He looked as if his skin had been inexpertly painted on, like the saints in all those early Medieval triptychs. “Come back in a week for the permanent crown,” said Nell. “And in the meantime, no nuts, no gum, nothing sticky.”

On Wednesday, Nell’s appointments ran long. When she pulled into the mostly empty parking lot, only a few minutes remained before the museum’s closing. It was February, fully dark already by five o’clock, and Nell had mace in her purse, a gift from her father when he noticed her growing breasts. She didn’t take it out. Nell felt safely armored in her puffy coat, though she supposed that might be some kind of logical fallacy on her part. Fallacy or laziness or a kind of tempting of fate. C’mon, Fate. Do something. Do anything.

Why had she even come?

The store’s automatic doors whooshed open and a gust of warm air puffed out. From the deep innards of the building, an industrial refrigerator still hummed. She wiped her boots on a flattened mat and unzipped her coat, then followed the trail of slush puddles to the back, where the business college had removed the grocery shelves and added partitions to create rows of cubicles and classroom spaces. There, the overhead lights flickered, their glow softened by a white cloth someone had tacked to the ceiling.

Welcome to the Traveling Hall of Wax! $5 for adults, $3 for seniors and children, dogs, cats, and cockatiels free! No refunds or guarantees. Please do not touch any part of any statue with any part of your own body. Thank you, and have a very very nice day.

A lawn chair sat beside the easel, empty except for a metal lockbox. Nell thumbed a five-dollar bill through the slot, then pushed aside the black curtain.

Inside, cubicle panels pressed close. An orange extension cord trailed down the aisle, blanketed in a series of mismatched runner rugs, and Nell let it guide her, cloth walls dulling her step, past the angled nooks where the still wax figures waited.

Taylor Swift, her wax nose sharp and shiny as a playground slide, her lips candy red. I sing! read a notecard taped to her microphone. Nell didn’t push the button.

A Last Supper scene, Jesus and John and Judas. The three of them sat leaning elbows on a folding table, draped in sheets cinched at the waists, drinking from dollar store wine glasses.

Purchase a copy of issue #14 to read the rest of this story, or subscribe to the magazine. Photo courtesy of Trevor Huxham; view more of his work on Flickr. 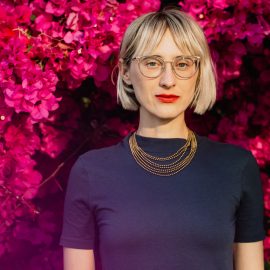 Marya Brenan’s work has appeared in The Florida Review, Literary Hub, and The Normal School, among others. She is a proud alum of the Sewanee Writers’ Conference, the Tin House Summer Workshop, and The Writers Grotto Fellowship Program. Her 2021 article, “Writing a Novel in Prison. In 30 Days. During a Pandemic.”, appeared in Literary …