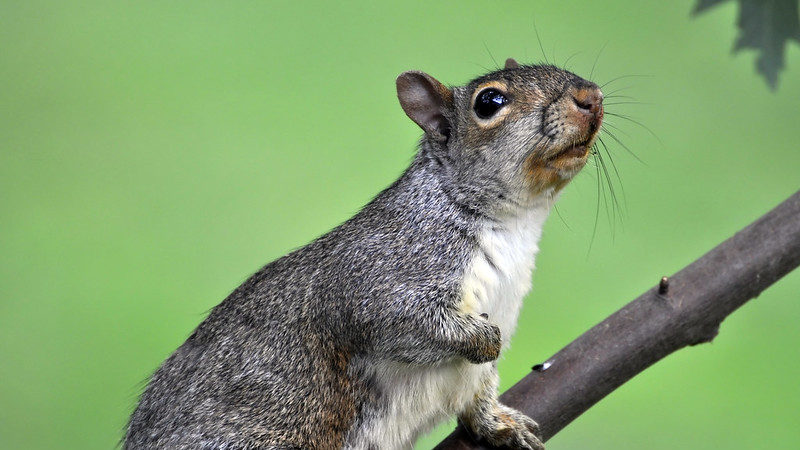 The home inspector was fifteen minutes late for the appointment but didn’t apologize when he arrived. Behind his smudged glasses, his dark eyes were furtive, his face closed off. “You ready?” he asked, glancing at Jim, who’d been waiting for him on the porch. “Let’s get a move on.” His hand was already reaching for the door.

As the inspector brushed past him, Jim thought he smelled alcohol, but the older man didn’t look or sound unsteady. Maybe he’d had a beer at lunch—or maybe it was cheap cologne? Jim said nothing and followed him into the house.

Only a handful of days after Jim and his wife Kathryn moved into their new home, however, water began pouring into the attic during a thunderstorm. The following week, the downstairs toilet stopped working. Two and a half weeks after that, squirrels arrived to colonize the walls, at least one of these creatures seeming always to be awake and patrolling its intramural territory, and Jim began to have obsessive, baleful thoughts about the inspector: of course what he’d smelled on the older man was booze, not Aqua Velva. But he said nothing to Kathryn and didn’t know when or if he would because what would this information do other than poison her opinion of him? “Why didn’t you say something?” she would have asked, a question to which the sole plausible reply was: “Because you’re married to a coward.”

No, no, he couldn’t tell her. He simply couldn’t.

After the squirrels began their occupation of the house’s walls, Jim lay awake past midnight nearly every night, listening to their rustlings and what sounded like footraces (Why were they always in such a hurry? he wondered, irate and exhausted). His wife, as a rule a better sleeper than he, slumbered a few inches away, a satin mask covering her eyes, her long-fingered hands resting on her stomach. She didn’t want to hire an exterminator. She’d insisted they find a wildlife specialist who would humanely trap the squirrels and drive them miles away before setting them free, far enough—10 miles? 15? 300?—to keep them from coming back. Such a person was hard to locate, although after a few days of searching, they’d found one, but she was booked for the next two and a half weeks. Could they hold on for now? The squirrels weren’t likely to do more damage than they already had, the specialist assured them. Kathryn believed her. Jim did not.

The house had a thriving population of spiders too, some of their webs appearing to spring from the house’s corners fully formed only a few hours after their predecessors had been cleared away by his or Kathryn’s determined sweeping. Before they bought the house on Juniper Street, they’d owned a two-bedroom condo they were able to sell for a small profit that went immediately into the down payment on the Victorian. They would be happier, Jim was now certain, if they’d stayed in their erstwhile condo, despite the sound of their downstairs neighbor’s snores through the bedroom floorboards, despite the sweltering summers and the noisy schoolyard across the street where parents routinely screamed obscenities at each other from their cars if they didn’t get out of the way fast enough during afternoon pickup. Jim would sometimes catch glimpses of the children riding in these SUVs and minivans—their eyes downcast, their small mouths set in stern lines. They looked sorry and put-upon and older than they should have.

When the roof had developed several leaks during a thunderstorm that pounded the ancient treetops and suffering roofs of the neighborhood for 25 minutes, flooding downspouts and yards, the squirrels were still a month in the future, and Jim hoped the leaks would be the worst of what the house had in store for them. They lost most of the attic’s contents—Kathryn’s old school papers and all her family photo albums, along with the books they didn’t have room for on their bookcases—only their winter coats and sweaters were salvageable.

And then the repair estimates came in: one contractor wanted $30,000 to replace the roof; another $32,000. He and Kathryn had the leaks patched instead, this bill setting them back $1,800, the roofer predicting there’d be more leaks when the next big storm arrived. Jim said they’d take their chances. He felt like a fool and a victim; he also resented the roofer’s certainty that more grief and expense were inevitable.

The following week, two outlets in the living room stopped working. An electrician was summoned and stood shaking his head sorrowfully as he delivered this fresh bit of bad news—the problem was extensive; it was in fact a whole series of problems, and a complete rewiring of the first floor’s circuitry, $8,000 plus materials, was needed.

“That’s a bargain,” the electrician promised. Jim stared at this sunburned stranger with his large, dark mustache and gold signet ring, feeling his own face drain of blood, worrying he might break into tears.

“That’s not a bargain,” Kathryn said when she returned home from work later in the day. “That’s highway robbery. We’ll just have to get by without those outlets for now.”

This did not seem like such a good idea to Jim. The electrician had warned him they ran the risk of an electrical fire if anything short-circuited, but Kathryn also shook her head over this information and said, “He’s trying to scare us into coughing up money he knows we don’t have.”

The squirrels, by comparison, seemed the least of their troubles, although Jim’s insomnia was making it impossible for him to work for more than a few groggy hours at a time, and whenever he tried to nap during what seemed to be a quiet period in the interlopers’ schedules, one squirrel would inevitably spring into action, and if Jim pounded on the plaster in an attempt to stun the creature into silence, other squirrels would rise up in outraged solidarity and a whole cacophonous idiot circus would immediately launch into another unscheduled performance.

More than once, he had shouted at the squirrels until he was hoarse, furious with himself for having ignored the inspector’s drunkenness. The Victorian, despite its beautiful façade and the lushness of its trees and flowerbeds, was an unmitigated fiasco. Mercifully Kathryn was never home to witness these meltdowns, being safely four miles away at the performing arts high school where she’d taught English for the past seven years and was now the head of the department. Jim worked at home as a web designer, or had worked at home before they’d bought the House of Usher and he’d begun to lose his mind.

And yet another quasi-crisis was looming—his in-laws were due for an inaugural visit before Judy, the squirrel whisperer, was scheduled to appear and lure the squirrels out of the walls. Judy’s plan was to drive them to a wildlife preserve in distant McHenry County, an hour away. Jim had his doubts about whether she would actually take them there, but other than following her like a low-rent P.I., he knew he’d have to trust her.

Her online testimonials were extremely favorable, but their relentless effusiveness made him suspicious:

I have her on speed dial! She’s essential. –Beatrice G. (Where in the world did this client live? he wondered. In the middle of a forest?)

Reading through Judy’s online encomium, he felt a headache forming and turned off the computer. His wife loved the house, despite its many costly problems—she would believe anything in order to save it, he realized.

And now his in-laws would soon descend upon them, Kathryn insisting they come, despite the faulty outlets, the squirrels, the cobwebs, the tenuous situation with the roof, the laboring dehumidifier in the basement. Kathryn was sleeping fine with her mask and early morning yoga. He couldn’t take sleeping pills—something in his brain chemistry caused him to have nightmares if he resorted to them.

To read the rest of this story, please purchase a print copy of Story #7, Spring 2020. Photo courtesy of likeaduck; view more of their work at Flickr. 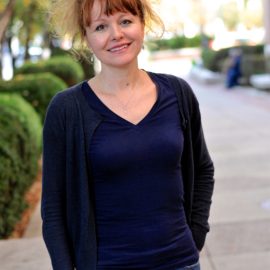 Christine Sneed is the author of the novels Paris, He Said, and Little Known Facts, and the story collections Portraits of a Few of the People I’ve Made Cry and The Virginity of Famous Men (Bloomsbury USA & UK).  She has received the Grace Paley Prize for Short Fiction, the 21st Century Award from the …