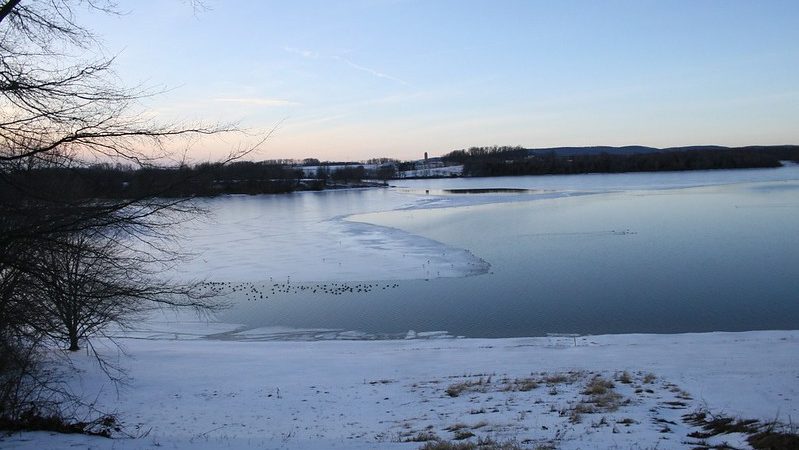 The Packers game on the radio saved them from having to talk. When Mike turned onto County Road QQ, Dash switched off the game so they could concentrate. Mike slowed at every mailbox to read the numbers until they saw the sign for Heron Lane. It was a novelty road sign, the letters too large to be authentic. Cyclones of ice spun up from the snowbound fields in whirling plumes and the house at the end of the road looked tiny, an island in the snow. The blade-sharp winter sun caused them to lift their hands to shield their eyes.

The house was yellow with a sharply pitched roof. Foil Tyvek wrap glinted through the gaps in the siding. The driveway had been graded and packed hard and sand had been thrown across it. Opposite the house was a garage with space enough for four or five cars plus a tractor, sided with white vinyl instead of yellow. Dash and Mike both had grown up in Hanover, Wisconsin—only an hour south—and Mike had fished and hunted along the wooded shoreline of Lake Hanover all of his life, yet once they’d turned off the highway in Papasay and had lost sight of the frozen lake, it was as if they’d entered a new country. Neither of them had been down this road before.

“Do you think they own all this land?” Dash asked.

“Taking in foster kids would be one way. Slave labor funded by Uncle Sam.”

Mike shut off the engine and reached behind the seat to collect the bag of clothes they’d brought for Landon. Dash carried the paper sack of groceries against her chest, the way you hold a toddler.

The storm door led into a makeshift vestibule, with bare plywood walls and a dirt floor. The small enclosure blocked the wind but trapped the cold, and Dash felt the temperature on her cheeks. She hugged the groceries tight. Mike rang the bell.

Valerie Heron was maybe thirty, maybe not quite that old. Dash had talked to her on the phone but hadn’t seen so much as a picture of her, and the woman’s youth surprised her. Her hair was frizzy, aggressively sprayed and dyed, her chin and jawline textured with blemishes. Her pinched nose made her look either wildly distracted or hyper-focused; had Dash encountered Valerie in the hospital where she was a nurse, she’d have pegged her for a meth head.

It bothered her that Valerie didn’t call them Mr. and Mrs. Coenen.

“Come in,” Valerie stepped backward, holding onto the door. “Come on in.”

In the kitchen Dash discovered the source of Valerie’s ecstatic disposition. Portraits of Jesus, some hand drawn and others purchased, were tacked to the paneled wall and trapped beneath magnets on the refrigerator. A plaster Jesus with his arms spread, the folds of his white robe hanging loosely about him, stood on the sill above the sink, which, Dash couldn’t help noticing, was crowded with plates and mugs and silverware. The kitchen smelled like maple syrup, cheap and too sweet, almost like wine. She felt scared, but also, almost, a measure of relief. At least Landon wouldn’t prefer this house over his real home, these people over his real family.

“Did you find us okay?” Valerie asked.

“We like it,” Valerie said. “It’s quieter. And lower taxes.”

“Taxes,” Dash echoed, as if taxes were the problem. Never mind that taxes, along with the child support deducted from Dash’s paycheck every other week, paid for Landon to be here.

“How far are you from the lake?” Mike asked.

“Maybe two miles, as the crow flies,” Valerie said. “Papasay’s just on the other side of the trees to the south of us. The road, though, goes all the way around. Closer to ten from here.”

The living room was too small for the furniture that filled it. A man sat in an overstuffed chair against the near wall, his back to the kitchen. He was skinny and balding, his hair narrowing to a peak high on his forehead. The lenses of gold-rimmed eyeglasses were smudged. He didn’t stand up to greet them. “You must be Mr. Heron,” Dash said.

“This is my husband, Dorn,” Valerie said, answering for him.

Mike crossed in front of Dash with his hand extended. Dorn shook it, but looked around Mike to the TV mounted on the wall. Black wires snaked from back of the set to two speakers crudely hung behind Dorn’s head. Maybe his lack of courtesy was due to a problem with his hearing. The football lying in the grass on the screen was twice its actual size, and as the camera panned to the players, she caught sight of Julius Robinette, his name across the shoulders of his jersey. His breath steamed through the grates of his facemask.

To read the rest of this story, please purchase a copy of issue #10 or subscribe to the magazine. Photo courtesy of Henry T. McLin; view more of his work on Flickr. 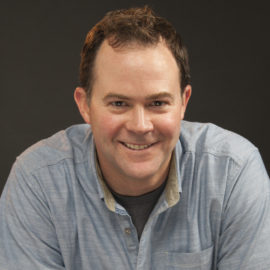 David McGlynn is the author of three books, all published by Counterpoint Press: the story collection, The End of the Straight and Narrow, as well as the memoirs, A Door in the Ocean and One Day You’ll Thank Me. His shorter work has appeared in numerous anthologies, literary journals, and commercial periodicals, including Best American …