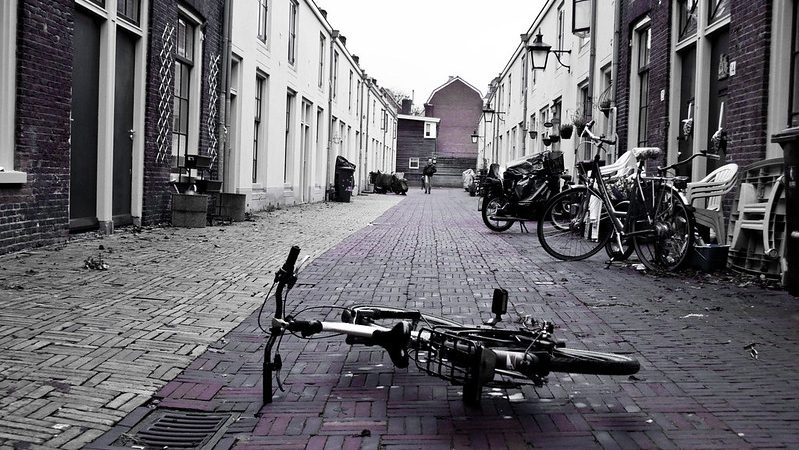 The free health clinic had closed, and our anxieties were piling up, so Frankin and I had no choice but to try our luck near the pill mill that afternoon. The plan was to mug some unlucky individual, then sell the spoils so we could each afford a doctor’s visit.

“In all probability,” Frankin had said, “we will procure opiates.”

I liked Frankin, probably more than anyone else during that time in my life, when I spent most days loitering inside abandoned buildings, avoiding the ones who loved me. He was shaped in odd proportions, lugging around a gelatinous torso on slim, dancer’s legs. He waggled his eyebrows at the worst times and spoke often about his wife and kids, who had long abandoned him, in tones of bored affection. Sometimes he let me sleep in the back of his station wagon.

How could a man like that ever come to harm? I always figured dynamite could explode in his hands to no effect, leaving him soot covered but intact. Unfortunately, his right nipple had been secreting a fluid the color of beef gravy for about a week now. All his shirts had stains in the same place, right where I imagined his heart was beating.

As for me, I was nearly paralyzed by an off-hand comment made about tumors by a so-called friend. I had since grown concerned one was germinating in the folds of my brain. I told Frankin about it as we made our way to the pill mill in his station wagon, a wood-paneled, pea-green monstrosity.

“It could be spreading right now,” I said. “There’s no knowing.”

“You,” he said, “are not symptomatic. I, on the other hand, have been leaking for days.”

“Symptoms mean everything.” He held the steering wheel with one hand, cupped his breast with the other. “I hope it’s a boil. They’ll be able to lance a boil.”

“You,” Frankin said, “are merely erratic. Not serious.”

He wasn’t wrong. Aside from the creeping withdrawal effects of some stolen benzodiazepines—none of which cured me of my panic, only made sleep a possibility—I appeared okay. But the tumorous thought had taken hold, and I could think of no other way to root it out besides an uncomfortable talk with a physician.

We parked outside the mouth of a short alleyway, a known path frequented by addicts and the ailing, that practically spat you out in front of the mill. We put on ski-masks. We brandished makeshift weapons—a baseball bat for Frankin, a tire iron for me. We crept on our tiptoes like two children abandoning their home past curfew and squatted behind a dumpster. My palms hemorrhaged sweat. Frankin giggled.

Slate gray clouds hung over us like concrete slabs. The air tasted of garbage and ozone. The stupidity of this plan, of trying to roll someone in the middle of the day, hadn’t yet dawned on me—fears which had absolutely nothing to do with our task flashed through my mind in an inane montage: the pavement beneath our feet might spontaneously crumble, sending us tumbling down into the sewers where subterranean ghouls would eat us alive. Someone might lean out a window and drop a brick on me. Or, worst of all, the proverbial tumor might burst like a hand grenade and shred my last few functioning synapses. I had a prophet’s confidence that every bizarre catastrophe would soon befall me.

And yet, despite the blinding speed of these thoughts, I moved as if trapped in a vat of syrup. My heart was jackrabbiting, yes, but my reaction time was sluggish. So when I heard approaching footfalls, when Frankin leapt out from behind the dumpster and disappeared out of sight, I didn’t follow him. Not for five, maybe ten seconds.

There were scuffling noises, then the squish of metal puncturing meat. I moved just in time to see Frankin drop the bat and collapse to his knees. A rail-thin man in a tattered hoodie stood over him, arms flailing in wild directions, a man Frankin and I knew well.

To read the rest of this story, please purchase a copy of issue #14 or subscribe to the print edition 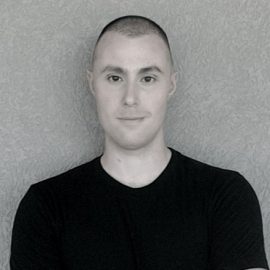 Blake Johnson is the author of Prodigal: An American Parable (Trouble Department, 2020). His debut novella brings the classical American Gothic aesthetic seamlessly into the 21st century. From blighted former industrial towns to opium-haunted cityscapes, it shows a land in which everything is exactly as it seems; but whether the people there are willing to …