Already for some time, Noah had been watching his wife disappear. She’d once had an impish nose and thick gray hair; now the nose was long and sleek, and while Noah went gray, Penny’s gray was vanishing. She was getting blonder by the day. In the old photos that hung around the house, bursts of fine lines framed Penny’s eyes so that she always seemed to be laughing, but tonight when she came home the fine lines were gone. The skin at her temples had been stretched smooth as a tablecloth. Her mouth smiled, but her eyes failed to do so, making her seem decidedly insincere.

At dinner Penny tried to make Noah guess what was different. They’d been playing this game a lot lately. He forked despairingly at his corn salad. “Is it the eyes this time?” he asked. “Is that what he’s done to you?”

Penny lifted her hands and gingerly patted her temples. “Bravo,” she said. “Botox! What do you think? Dr. Davenport said I look ten years younger.”

“But how about this?” She reached for her purse and dug out a magazine photo of a pale woman wearing a large plumed hat. Penny held it up next to her face; the woman’s cheekbones were severe.

“No, the chin!” She blinked a few times with what looked like a painful effort. “What do you think about the chin? The doctor said it would extend my contours.” She ran her hand along the length of her face. “So?”

Noah shrugged. “Davenport has a problem with your contours?”

The doctor, Penny’s boss, had seemed like a nice enough guy when they’d met at a picnic last spring. Davenport had been wearing shiny red gym shorts, making Noah feel fussy and over-dressed in his oxford shirt and jeans. He was awed by the amount of fried chicken the doctor had consumed. A rich, good-looking plastic surgeon, and a solid eater to boot! At first he’d thought maybe they could be friends, but that was right after Penny started nursing for the doctor, back when Noah still recognized her. Now he sometimes got startled by the sight of her in the bathroom mirror over their double sink. He’d brought some old pictures to his office at the restaurant downtown: Penny in ski clothes; Penny in her wedding dress; Penny in a sunflower field with their cocker spaniel, Rambo, who had recently run away. “You building a shrine?” one of the new bussers asked when he found Noah arranging the photos.

The kid leaned his head in the door, squinting at the photos. “Nah, she’s not that old,” he said. “Your wife is hot, Chef!” He clapped Noah’s shoulder and left him alone to frown at Penny’s ghost, just as he frowned at her now across the table.

“Your chin’s perfect how it is.”

“This old thing?” Penny laughed and gave her chin a little swat. “Dave says my new lips beg for a sharper chin. You’ll love it.”

“You call him Dave now?” Noah said sourly. He watched her reflection in the glass table. “Dave Davenport? How could a guy with a name like that be so successful?”

“Jealousy looks bad on you, Noah.” Penny stood and began to clear the dishes. She also hadn’t touched her food, Noah’s famous corn salad and tortilla soup. He’d added extra cilantro, just as she liked it, but she hadn’t been able to taste much lately—not since the nose job. This so-called doctor, with his cavalier shorts and greasy fingers, was gradually depriving her of her senses.

Noah went for a run the next morning after Penny left for work. It was January, and the sun was late to rise, casting the neighborhood in a tawdry pink glow. He turned a corner and headed for the water. His shins were starting to burn, a consequence of the long hours spent on his feet in the restaurant. Jogging had been a lot more fun when Rambo was around. The dog ran away not long ago, for the second time, and now they assumed he was gone for good, though Noah watched for him on these morning runs, as if he might just dart out of the bushes one day, looking mangy and thin. Noah had been out of town visiting his mother when the dog disappeared; Penny tearfully described driving around for hours, calling Rambo’s name out the car window. When she picked Noah up from the airport, her mouth was bandaged, like some kind of kidnap victim; Davenport had offered a collagen injection to cheer her up. She told the story from behind layers of gauze, the words muffled and distant.

To read more of this story, please purchase a copy of issue #13 or subscribe to the print edition. Photo courtesy of Vojce; view more of their work on Shutterstock. 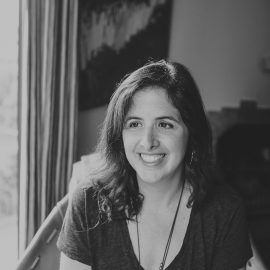 Susie Nadler’s stories have appeared in The Greensboro Review, Inkwell, and New American Writing. She has also written for various food and lifestyle publications, including Anthology Magazine, Apartment Therapy, and the Oakland Tribune. From 2018-2019 she was a Brown Handler Writer-in-Residence at Friends of the San Francisco Public Library, and she has also received fellowships …