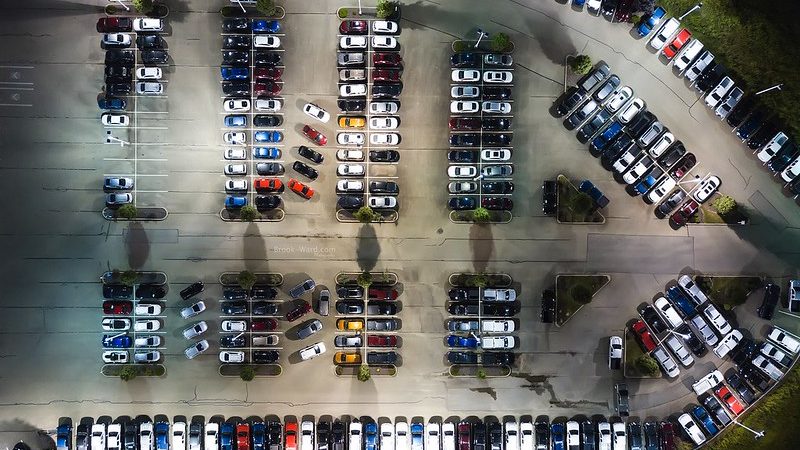 At the plant where Miles works, there was once a new foreman, ex-military. Presiding over his first crew meeting, he paced the floor with hands folded behind his back and dictated how things would be on his watch: “You will not wear street clothes to clock in and out. You will not exceed the time allotted for your breaks. You will afford me the respect I deserve.” He caught some snickering and said, “Oh, you think I’m funny.” He zeroed in on Miles for some reason, so Miles shrugged and said, “You’re a bit comical, yeah.” The foreman stepped up to him, chest all puffed-out: “I think we have a few things to learn about respect here.” Miles agreed: “I guess we do. It’s called: I do my job and you stay off my ass. You get on my ass, you get porked.” The new guy fumed, “And you get walked out the gate.” Miles sat back and folded his hands across his belly. “Try it,” he said. The new guy lasted two months. Miles is still there—for now.

But that’s the plant. That’s the Union standing behind every worker to make sure they can snicker and talk back and not get bent over the chopping block for it. And that’s all about to disappear. Miles finds himself one morning in a car dealership conference room presided over by a stocky, severe-eyed, sharp-dressed sales trainer who pours a voice of molten contempt over him and his fellow applicants as they quiver like terrified schoolkids. Among the first things Miles learns from him is that jobs outside the plant are simply different.

When Frank Castor first appears that morning, he’s a dark shadow trailing into the conference room behind Rover Diedrick, whom Miles recognizes from the cheesy Diedrick Dodge TV commercials. Mr. Diedrick, tall and gentle-looking, his gray hair pomaded in a 1950s part off his forehead, smiles and welcomes the applicants, wishes them success, hopes he’ll soon be working with some of them. He says he’ll be handing them over to Frank for the rest of the week, then gives a friendly nod and steps out. When the door clicks shut, Frank is planted up front, staring everyone down.

“That man,” he says, “is Rover Diedrick, the owner of this facility. My job is to protect him from you. You’re here because you think you want to sell cars, but you probably don’t know why you should even want to sell cars. If you don’t understand your own goals, how are you going to do anything but drag Mr. Diedrick down with you? I am here to see that doesn’t happen.” There are fifteen applicants in the room. Frank’s directive is to weed them down to four by Thursday. “But I don’t have to keep any of you,” he says. “I can send the whole mess of you out with the shop rags. Either way, Mr. Diedrick will pay me and thank me for a job well done.”

One middle-aged, middle-management type chuckles, and when Frank pounces to ask what’s funny, the guy says, “Geez, Frank, you can dial back the intensity, can’t ya?” He winks as if he and Frank are in on a joke.

Frank dead-eyes him: “Get out of my conference room.”

When the guy resists—“Okay, I get it, best behavior, you’re the boss”—Frank picks up the phone, and a beefy guy with a security patch on his sleeve shows up a few seconds later.

The instant the door slams on Mr. Middle-Management, Frank zeroes in on Miles, as if sensing that Miles is next most likely to brave a bit of attitude. Frank demands, “Why do you want to sell cars?”

Miles clears his throat. “I’ve been working at O’Grady’s on the night shift, and they’re gearing up to close the plant down, so I need—”

“Did I ask for your life story? Do you think I care where you’ve been?”

“I asked why you want to sell cars. I can look at your application and know you’ve spent the last eighteen years of your working life at a meat packing plant, Mr. Ritter. Why would I need to ask about that? Do you think this is some kind of AA meeting where you get to introduce yourself and tell us your problems and we all nod in sympathy?”

This won’t be the last time today that Miles thinks about walking out. If we were at the plant, he’s thinking, I’d take a hose and flush your ass right down a stairwell. But when he glares up, Frank stares right back, and there’s nothing flushable about him. Still, Miles won’t let himself be pushed out so easily. He forces himself to relax a bit, and he doesn’t look away.

“My daughter said I’d be good at it.”

“Oh, you want to impress your daughter.” A mid-thirties applicant in suit and tie at the next table laughs through his nose and Frank clamps his stare onto that guy in an instant. “You’re pretty slick, aren’t you? Why do you want to sell cars?”

“I wanna make lots of money,” the man says, shrugging, the easiest answer on earth.

“Well,” Frank says. “Mr. Diedrick would like you to make lots of money. Making lots of money is a solid goal for a car salesman. What makes you think I’d buy a car from you, Slick? You look like you’d sell the ring off your dead mother’s finger. Mr. Ritter, on the other hand, looks honest. He looks like a working man. He might better understand my financial problems, and I might therefore feel more comfortable confiding in him. He’s got a family he cares about. But you? You look like you were manufactured out of some jet-set MBA-wannabe machine. Any family member of yours would be the kind you’d have to wind up at the start of the day.”

Nobody laughs. “Slick” turns red and scowls, but Frank just cocks his head as if he’s daring this loser to say something in retaliation. Slick looks away.

Frank turns back to Miles. “But I don’t care if you look honest, Mr. Ritter. That does Mr. Diedrick no good if you don’t also have clear-cut goals about why you want to sell cars.”

To read the rest of this story, please purchase a copy of issue #11, which will be released in July 2021. Photo courtesy of Brook Ward; view more of his work on Flickr 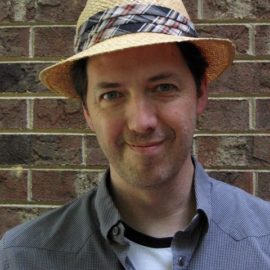