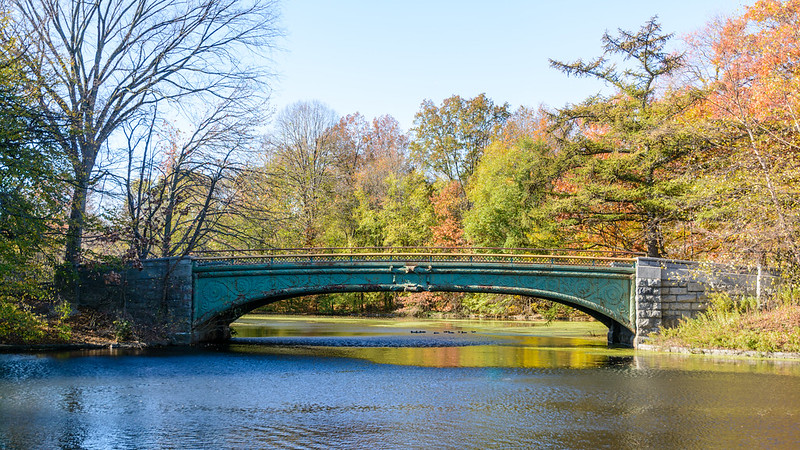 ‘End up with’ sounds so ridiculous when I’m talking to myself. But in some ways the person you decide to settle down with—that sounds ridiculous too. Let’s try again. But in some ways, getting to the person you decide to navigate the world next to is like a roll of the dice with a trick weight that keeps turning up: good luck asshole, you’ll probably end up alone, eating a glazed donut and drinking black coffee every day, by yourself at a shitty diner that offers an early bird, senior citizens’ discount and that you frequent before the sun and your rheumatoid arthritis flares up. Spinster. Because, before you know it, you would have fucked your way through and around the good ones and the transients will only have a sad, soft dick left to offer you. Or you’ll roll a double six and hope that’s good, and that this person will walk next to you until one of you, or both of you at the same time—if you’re lucky—kicks the bucket. That’s awful—okay, what about ‘takes a dirt nap’? Nope, awful. Drops out? Better. Okay, back to life and all of its possibilities, you could, the possibility exists that you might begin to live out the rest of your days, even after forty, with the person who is your side-by-side.

“When I went skydiving, I lost my hearing.”

“When he pulled the rip—”

“Something in my inner ear popped,” he pointed at his left ear with the mangled tip of his pointer that leaned left after too many years of flag football post his high school glory days.

“But when it came back—”

“Your ear grew back?”

“No, asshole, my hearing came back,” he said.

“No shit, we’ve been talking for hours, and it seems like you’ve been able to hear me.”

“It came back better. I hear sounds differently, fuller.”

I leaned forward on my dinner napkin and looked at how dark his skin was, so dark his beard was almost the same shade of black. I hated how fine he still was.

“Like bell sounds are round, the sound wave wraps around itself. The higher the octave the tighter the shape.”

He nodded his head at the ‘you’re fucking kidding me’ look on my face.

“I can feel them. Sometimes they’re lukewarm or ice cold. Like your heartbeat, for instance, has a warm, wet pound. And when you swallow, it cools the low gurgle of your trachea.”

I shifted in my seat. “Low gurgle of my trachea”—what the fuck was going on here? And what, is he a poet now? For a decade and a half, fresh out of my early twenties and up until mid-thirty, I wanted him to see me. we could have had it all. Instead, all we had were forehead kisses after sex—sex that was indeterminate with its possibilities for different versions of exceeds expectations. And after the forehead kisses, we had the exchange of the fuckboy commitment refrains: “we’ll see” and “we’ll talk”. And now here he is hearing the low, wet gurgle of my trachea.

Hearing parts of my body was intrusive.

I wrapped my arms around myself.

I thought about the way Morrison describes the glucking sounds wetness makes.

I sat up into an arch.

Desire is a liar.

I rubbed my forearm rough against my breasts.

We went on like this until after, when I insisted on more, and he in response offered, held in the palm of his hand, his soft dick. It leaned to the right as if nocturnal and well fed. It was half the size of what he had shown me earlier. And now it was his proof that we were at the one-and-done stage of our lives. Thing was though, the first-person plural was dubious. Counselor, your premise is faulty so therefore your reasoning has crumbled between the land masses of the seismic shift we created in our twenties. The break up. The breakup gutted me. And it broke his back because his ropy, wet heart had already been removed as a kid when his family moved from Brooklyn to Long Island and the white boys let him win at every game so they could walk away and play without him. So yes, we fucked much in our twenties, making sweet glucking sounds up against the floral couch his mother picked out when they first migrated from Flatbush, where they continued to work, to Baldwin, a fancy-ish town on Long Island—city to suburbs. They became daily snowbirds, cheating on what they really wanted with what they were supposed to have.

Back then, I was always wet, and he was always hard. In between, we had exchanged promises of what our lives would be, separate lives because the hollowness of his “we’ll sees” rang loud to both of us—he was transient. That’s what my little brother called Sagittarian men, always looking for the next. And I was a lover, so I let him return to me after all his nexts and we would fuck. Eventually, up against my mid-thirties, I left him because I looked around and didn’t want to come or climax again with him after his last, next conquest. I was gutted and his back was broken and then the end of our thirties came. And then forty. My forties cracked open an urgent, unrelenting need. It was as if I had been walking around all day missing something that I couldn’t find until it was, with a grinding rhythm, right up against my cervix. So here we are, me insisting on wetting his dick with my mouth so I might see my synapses become spark plugs again. Round two. And him showing me his dick’s nocturnal state—soft in his palm. Rapid Eye Movement sleep.

This guy, the Structural Engineer, let’s call him Embers, was at the one-and-done portion of his life. I, a first-person single, was not. I was sore nipples and liquid-swollen labia and rug burned knees. I was perpetually on—the moon in midafternoon. Good for you, he said. I thought he said it petulantly at first, but no, he just spoke without any emphasis. The world was behind him.

This return to Embers, to be one of his nexts in my forties, was two years after I almost got knocked up by a beautiful man, Jill. Jill was also a lover, so of course I had to annihilate him. It’s a system, you get gutted by transience, you gut the next person. I said to myself that I will miss him when I had an early-stage miscarriage and then wrote a book of short stories and then published them and then spent time loving, Donte, the tallest gay man I had known, from a near distant past. I tried to explain to Jill, the lover I gutted and left after I flushed his baby down the toilet, that my loving Donte was complex. He was a friend and we fell in love over a drum beat and words. It was a different type of inculcation.

Donte and I, seated shoulder to shoulder in Prospect Park on his Aunt Hiya’s old comforter, would read to each other verses from The Color Purple and Their Eyes Were Watching God. We found love in a broken place. He loved the book I published post Jill. ‘The Collection’ is what Donte called my book of short stories, as if it were bigger than its dimensions. And Donte, Donte would lean in against my shoulder, and as the sun was setting, whisper into my ear notions of Black feminist Critical theory about my dry, unused vagina regenerating a hymen. And I would, later that night on a backyard patio of a gentrified restaurant, in a dulcet tone over candlelight, ask him why he bothered to buy Fleet and store it under his sink when the idea of him consummating anything with an actual man was fleeting. A fart in the wind. You see what I did there? We were both bottoms and we had each other and thought we had forever. Until he moved back to DC, and I moved into the labia and plush pubes of the most loving soul. Have you ever met a person who was just better than most people? Especially you? Genuinely good. Oshun would read stories from my next collection and love them and then point out the thing that was loose, narratively, and beneath me, and her, especially as an artist. Then I would fix them and melt into her chest, her cherub nipples, and her mouth. Brilliant. Too good for you? Yup.

To read this story, please purchase a copy of issue #15 or subscribe to the magazine. Photo courtesy of Peter Miller; view more of his work on Flickr. 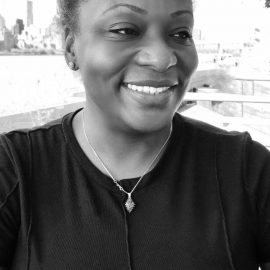 Leesa Fenderson is polishing a collection of short stories. Her work appears in Craft Literary Magazine, Callaloo Journal, Vibe Magazine, Moko Magazine, Paper Darts Magazine, and elsewhere. Leesa was born in Jamaica, grew up in New York, and currently writes in Los Angeles where she is a PhD candidate and Provost Fellow in  USC’s Creative …