After his wife’s death, Wilson called each of his sons once a week to check in—to say, I’m still alive. Don’t forget about me. In early December, his oldest son answered as if they were already in the middle of a conversation: “Look, Dad, I know it’s cruel but what are we supposed to do? Jason’s nineteen. We can’t reward him for refusing to behave like an adult.”

“Sorry, but he’s a fuck up. You guys spoiled him.”

Wilson’s youngest son was a constant source of worry: the boy used drugs of varying addictive and destructive qualities, and, according to his older brothers, had a distastefully immature habit of drinking until he blacked out. Wilson’s oldest son lived in Ohio with a wife and daughter, while his middle son and other daughter-in-law were settled smugly in California. Jason, on the other hand, had recently been fired from his job at a grocery store in Milwaukee where he stocked produce. His older brothers had refused to lend him money, knowing he’d never pay them back.

“Funnily enough,” Wilson said, “I’m in a pickle, too. I was fired. I might need some help.” 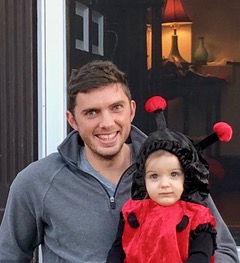 Brett Beach holds an MFA in Fiction from Ohio State University where he won the Helen Earnhart Harley Creative Writing Fellowship Award in 2013. His stories have appeared in journals such as Prairie Schooner and The Chicago Tribune’s Printers Row Journal. He frequently reviews for The Master’s Review and has served as Associate Reviews Editor …