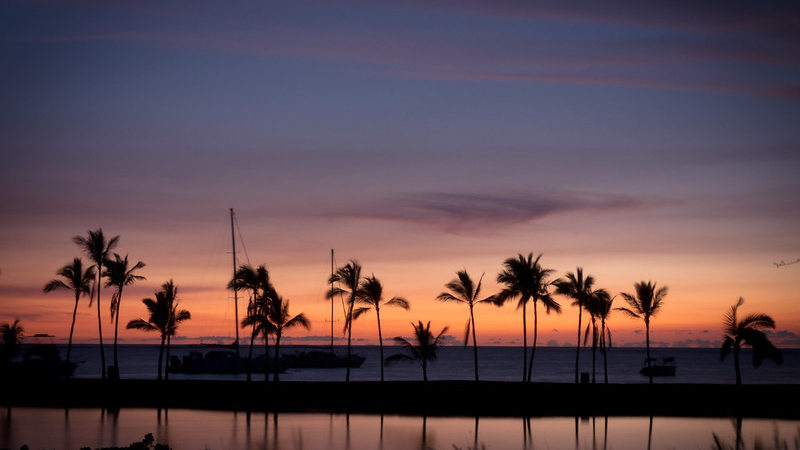 “The fish is so good here,” says my boyfriend.

He’s eating a taco stuffed with swordfish. I say, again, “I had that the last time I came here.”

My son is having a pork sandwich and his wife, a Caesar salad.

I take a bite of my house salad with its peanut-flavored dressing. Cut a slice of the mahi mahi on my plate. “Mmm,” I say. “The fish.”

A gecko perches on the ledge of the deck. “Look,” I say. It’s a lovely green, its eyes buggy. I put my hands up to try to catch it. The last time I was here, in Hawaii, one lived up in the lamp where I was glamping. Others came and went—on the floors and steps—mostly where the light was. They are fast and I wanted to feel them in my hands, wanted to know what their skin was like, just a little tickle.

“They’re everywhere,” says my son. “Especially in the field. The centipedes are enormous.”

He’s infantry, in the army. He spends a lot of time in the remote parts of the island, firing missiles, tossing grenades, using his compass.

“Damn straight,” says his wife. We share the exact same name now. Since the two of them got married. Our first names aren’t too common. I never met anyone with my last name until I’d met my then boyfriend, who became my husband. Then my ex. Then, well, I kept the name.

His wife, my daughter-in-law, who I call Elle Junior, is from Alabama. My last time in Hawaii was six months ago, when the two of them got married. The day before I left, we met at this restaurant and they said they had an announcement—that she wasn’t going back to the mainland. She was staying here with my son in Hawaii. It made perfect sense to me. Right away, they got base housing. That’s where they live now. That’s where my boyfriend and I are staying now, on this visit. Today, they took us to a beach where my boyfriend learned how to surf—I’d bought him the lesson for Christmas. My son, his wife, and I sat at the beach and soaked in sunlight, read some books, and Elle and I stood at the shoreline and tried finding special seashells. The waves were rough and seemed to push us away, then suck us in again, and I tried to find my boyfriend further out, occasionally seeing him in his red-white-and-blue trunks, being pulled along by his instructor.

At one point, Elle had to run to the 7-11 to buy tampons. I told her I’d give her some, if I had them. I had a hysterectomy months before. My son took her. They returned later with smokes and a sandwich.

The gecko disappears. I eat my salad. Take a sip of wine. My son and his wife talk about exchanging bites with each other. They negotiate. “One bite of mine but don’t eat too much of it,” she says. She cuts up some chicken. She takes a bite of his sandwich. “That’s a big fucking bite!” he says.

I can see mountains in the distance. Remember my last time here, how the sky lit up with rainbows.

The place is called Breakers, with a surfing theme: boards everywhere, with pictures of the legends. Aloha and Mahalo. Hang loose!

I offer my boyfriend the rest of my swordfish. I say, “In New York, we don’t have mongoose.” I take off my glasses. I think of the icicles probably making themselves at home from the roof of our house there. We have four dogs, and a sitter.

I look at my son. He wears a ring. His skin, so smooth. His face! His eyes, his lips, aglow.

Photo courtesy of Nan Palmero; view more of his work on Flickr 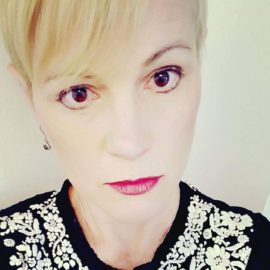 Kim Chinquee is the author of numerous. Her most recent is Pipette, which is forthcoming in the fall of 2022. Her other collections are Snowdog(2021), Wetsuit(2019), Shot Girls(2018), Veer(2017), Pistol, Pretty(2010), Triple 3 Series, and Oh Baby(2008). She was the recipient of two Pushcart Prizes and a Henfield Prize. Chinquee has published hundreds of pieces …