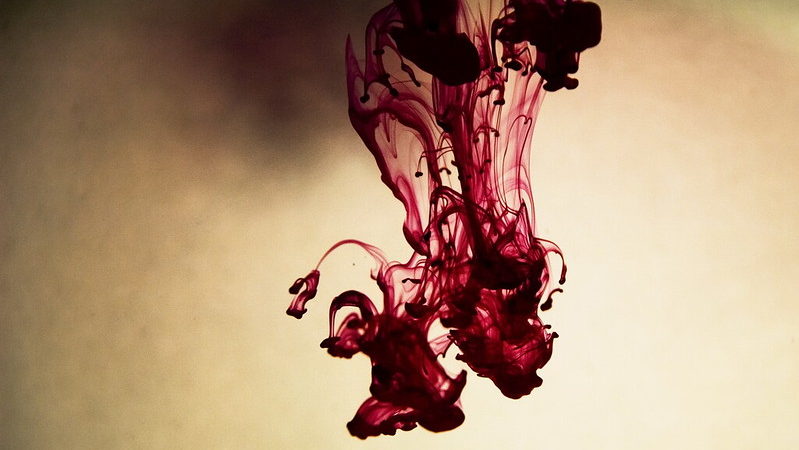 Paul scrambled down the riverbank’s long slope. He clutched his pack’s shoulder strap, assured by the rattle from beneath the canvas skin. Front Street’s lights faded, and each step brought a deeper darkness. The curfew sirens wailed—a single, stretching note not heard since the dam broke. The police with their orders. The National Guard stationed outside town. The sirens wound down, a serpent’s uncoiling, and Paul emerged into a night that belonged to the crush of twigs and the whip of dry grass. For the past three weeks his mother had forbidden him to go out after dark. This summer of heat and trouble. Fistfights at the pool and arcade. Windows broken at the Baptist church. A cross burned on the lawn of a girl seen kissing a black boy. Then last weekend’s discovery of Mr. Norton’s body. Stabbed a dozen times, the paper reported. More, claimed the hotheads in Paul’s neighborhood. A fucking butchering. Paul had witnessed the gathering in the bowling alley lot. Dusk, a red sky. The corner boys, of course, with their crude tattoos and heavy boots. Paul surprised to not find his brother among them, but also surprised to find older men, ones who dressed like his father had, men he’d seen in church, who spent their weekends tinkering in garages and coaching Little League. Their smiles gone and the glint of murder in their eyes. Pipes and bats in hand, they clambered into their cars; the corner boys and their 8-tracks blaring Zeppelin, a rusted armada headed to the dark side of town. These past three days of fires and rumors. Gunshots after dark.

Paul grabbed the bank’s saplings, the slim trunks bending, the bark’s rub against his fingers. The bank steeper here, the brush thicker. The drone of cicadas. A vine snared his ankle, and he staggered into a patch of thorns. He cursed, flailing until he broke free. The vines ripped from the dry earth and dragged through the thickets until he reached the shore. He filled his lungs with the river’s scent, a taste that had always reminded him of rust. His T-shirt ripped as he freed himself from the vines. Scratches for his torso and arms. In the light of the moon, he pulled the thorns from his shins, careful not to snap them. Blood trickled from a dozen wounds.

He sat on a boulder. He cried, but just a little. The river ran a half-mile wide, and he thought of men who’d swam across and the others who’d drowned trying. He closed his eyes, and in the stillness, he joined his brother. The two of them alone, exiles from all that was good and known. Paul by the churning river. His brother in an uptown hospital room, adrift in a bed of white-sheet clouds. His heart, the doctors had said. His lungs. His brain. The things he’d swallowed.

Paul took off his shoes and socks and stepped into the flow. The water cool, the riverbed stones smooth yet uneven. He waded until the water reached his knees. A push, a cleansing, the blood washed away. He opened his pack and retrieved the first of the containers he’d discovered in his brother’s closet. White plastic and, in the moonlight, the color of bone. He unscrewed the lid and tipped the open mouth. Red capsules clumped by his knees then vanished on the current. The process repeated for each container. Pills of red and blue and yellow. He soaked the empty vessels and peeled the labels, the paper tearing in accordion shreds. When he was done, he weighed the containers with stones and silt and hurled them as far as he could. A splash. Gone.

He returned to his perch atop the boulder. He swatted the gnats, but they still found their way into his eyes. In time, the water’s pulse became his own, and he was soothed by the knowledge that the river was ancient and it had seen its share of sin. He tried to pray, but God felt far away tonight. He thought of his mother’s hospital-room vigil, her eyes dull, her words like dust. Her husband, now her first-born. Sirens called from the crosstown bridge, cruisers and fire trucks. The span two hundred yards upstream, its cantilever spine and the water below lit in red.

Paul walked downstream. The water’s swells caught the moonlight. An opossum scampered ahead, its long tail snaking over the rocks before it disappeared into the weeds. Paul passed one of his father’s old fishing spots, a spill of boulders, an overhanging sycamore. Here, his brother had wrestled a thirty-pound musky ashore. A fish full of fight and longer than Paul’s leg. Pollen-dusted shafts fell between the sycamore’s leaves, a speckled light upon the fish’s heaving gills, its black, uncomprehending eye. Later, as their father slept in the shade, Paul and his brother gutted the fish. His brother handled the knife, a series of swift strokes. Paul’s breath held as he tossed the innards into the water. The stink lingering no matter how many times he rinsed his hands in the flow.

Branches and trash clotted the railroad bridge’s stanchions. Paul climbed the bank. The saplings grasped again, one snapping, a slip, a cascade of dirt. He paused at the top. A halo shone above the other shore’s rooftops. On the breeze, the scent of burning wood, the sirens’ whittled cry. He turned and started down the tracks. A map in his mind. A series of connected dots. Twenty minutes on the tracks, then a chain of alleys and backstreets. His moon-cast shadow stretched across the ties. He caught fireflies, cupping them until they blinked then allowing them to flutter back to the stars. His pack empty but carrying a new weight, one he understood couldn’t be cast downstream. He took to a rail, a balance of heel-toe, counting the steps before he slipped.

First came the vibrations. Paul crouched in the weeds. The locomotive’s whistle blew. The headlamp—a pinprick first, a tear in the night’s fabric, then a hurtling star. The smell of diesel, the din. The violence in his bones. The headlamp swept over him, and in the light, he was just another animal, blind and paralyzed. The engine thundered past, and Paul fell back into the night. The grit stung his eyes. The rattle of couplers and chains. Hoppers stacked with coal and pig iron. Flatbeds lashed with upstate timber. Tankers marked FLAMMABLE in fading paint, and below, sparks from steel wheels. The last car, the rush receding, a final breath and a collapse into silence. Paul stood and gazed across the tracks to the row of unlit shops.

He reached down. The rail’s fading heat warmed his palm. He’d flattened pennies on this line, a trick his brother had shown him, a vow to never tell their parents. Their mother’s worry. Their father’s belt. Paul climbed down the bed and navigated the weedy strip that bordered the tracks. Spider webs broke over his skin. His body a whisper through the tall grass. He paused by the strip’s end. The road before him lit and empty. Moth dances beneath the corner streetlight. He hadn’t thought of this block just off the line. Or perhaps he had, his body carried on a current deeper than the river’s push.

A golden retriever trotted down the street, its tongue out, its leash trailing over the macadam. Paul stepped from the weeds. He no longer felt the need to run. The silence had claimed him, and in his chest, the calm that follows fear. His pale reflection passed over the block’s storefront windows—the tailor, the shoe repair, the bakery—until he came to Mr. Norton’s corner shop. Two signs hung in the door. Mr. Norton’s faded flip card—CLOSED. The other from the police. Flowers lined the stoop. Candles, saints in slender glasses, a few still burning, flickers and the hiss of wax. Here, the old man had battled the teens who’d claimed this corner. This neighborhood that had changed so much. A generation he didn’t understand, their cursing, their music. Their disrespect. Every morning he swept their gum wrappers and cigarette butts. He called the police when they stole from the sidewalk soda machine. He came to the aid of a woman they’d bumped to the sidewalk, his broom brandished in wild arcs, shouting words no one had heard him use before. Two months ago, a brick shattered his plate-glass window, the hand-painted lettering that dated back to the days of big bands and ration cards. The old man hurt and confused. The years he’d cared for the sick. The credit he’d extended to the parents of these hooligans, not caring if they took a week or a year to pay. The old man’s battles part of a larger ugliness. Then his murder. A spark for some. An excuse for others.

Petals brushed Paul’s leg. A shiny padlock on the door, still he tugged the handle. He peered inside and saw the old man, a trick of memory and light. Salt-and-pepper hair, his white cloak. A large man out of proportion with the worn-wood aisles and the narrow shelves of gum and aspirin and razor blades. A magazine rack by the door. Other titles beneath the counter and sold in brown paper. In the pharmacy’s back room, he’d mixed the belladonna elixir Paul’s mother took when she was a girl. A quarter century later, he’d hand-delivered the ice bags they’d used to soothe Paul’s mumps. The old man had filled dozens of prescriptions for Paul’s father, none of which could save him.

Paul moved aside, a step to allow the streetlight to angle through the door. He held his face close, and his breath fogged the glass. A whorl of blood on the floor, a shadow-dark patch. Mr. Norton locking his door for the last time, then stepping back—

Paul shuddered as the spirits moved through him. He backed away from the porch. There was nothing to see that could bring him closer to that night. He headed home. He thought of his bed and the voices he would never hear again. He passed his school, the field where he played baseball. He no longer hid when headlights approached. Gunfire in the distance, three shots then five. Rapid pops like the Chinese firecrackers his brother had lit on the Fourth. Paul fearing for his brother’s safety and begging him to let go of the string. His brother wreathed in smoke, his face lit in the silvery flash.

A car sped toward him. Windows rolled down and the stare of black faces. A moment of slowing then a step on the gas, the spit of gravel. The old man was gone, his brother almost. Paul left alone to keep the secrets of the dead. He breathed in the heat, and in his lungs an alchemy, a giving over to the greater forces calling him. Step by step, bled back into the night. 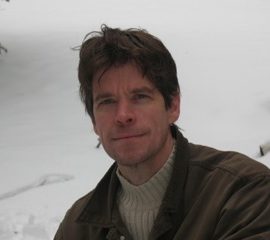