“When we change languages, we are altering ourselves, and at the same time giving up parts of ourselves.

And here, now, I feel like I am nearly lost.”

—from The Possibilities Are Endless by Maya Weeks

One of my students was wearing a “No Binary” button the other day, which made me happy. As a 37-year-old all too easily enthralled by the apparent safety of structure and rules—evidenced by my novella-length course syllabi—I’m grateful for the opportunity teaching affords me to continually migrate from my own limited viewpoint into the lives and minds of young writers.

My is someone understandably critical of binaries, transitioning as he is from female to male, and having lived much of his life in a wheelchair, operating in a world built for bipedal bodies. I’ve many times over the years shared his frustrations about things I wouldn’t have noticed on my own: impassable building entrances, segregated bathrooms, even the biased height of event posters. (I’ve begun lowering mine.) But the “No Binary” button applied to me as much as him, perhaps even more to me, as it’s written as almost a command. Consciously or not, everyone moves across numerous assumed binaries throughout any given day: student/teacher, female/male, disabled/abled, writer/subject, self/other, editor/author, and so on. It is this sort of inherited binary categorization of the world that my own college professors complicated in classroom discussions and with essays by Cixous and Said, the same binaries activists, writers, and artists continue exploring today—including many in this issue of Story—exposing binary rigidity as illusion, or at the very least limited by circumstance.

Humans move, and our first stories came from such motion: floods and diasporas, strangers and new landscapes, foreign customs and exotic fare, connections and collaborations. Odysseus’s decade of foreign war followed by a decade of wandering and homesickness. Bashō’s walk from Edo to northern Japan, annotated by haiku. Mrs. Dalloway’s walk to get the flowers in the surreal silence left by the Great War. And it is through such movement and the stories that emerge from it that the world is connected, things distant and past turned accessible and alive.

But just the briefest examination of human history exposes the problems of migration, problems that threaten to dwarf any successes—such as Marlow observes about his own desires in Heart of Darkness: people see “blank spaces on the earth,” and they move to conquer them. Of course anyone paying attention to the news from Eastern Europe, from Eritrea and the Sudan, or to coverage of the 2016 United States presidential race knows that migration’s issues are hardly just abuses of power upon foreign lands and peoples, but they are also problems of access, of roadblocks and checkpoints, denials of travel from poverty to prospects, from isolation to assistance.

But move we must, at the very least in our imaginations, the single place access of travel cannot be denied. Our migrations stories are often metaphorical in nature, such as in the tradition of fairy tales shared by nearly every culture, or epic adventures like The Hobbit that lift us out of our lives, or neurotic examinations like Kafka’s Metamorphosis that seem to tunnel into our very psyche, or interstellar journeys offered by Star Trek, mapping new ways of imagining our shared future “because”—as novelist Emily St. John Mandel reminds us—“survival itself is insufficient.” So we travel and dream.

Please enjoy this issue of travelers communicating back from crossed-borders of selves and nation-states, language and literatures. Aaron Gilbreath follows jazz music across the Pacific to the cafés of Japan. Matthew Clay-Robison interviews artist Hasan Elahi about self-surveillance and the discovering and painting of Vice President Dick Cheney’s post-9/11 hideout. Also: Brenna Kischuk’s lyrical description of people flowing in and out of Southern California’s Agoura Hills, Kristopher Jansma’s surreal story of beach monsters and the limits of language, Stephen Dixon’s grief-filled short story about a husband and wife deciding where she will spend her final days, Megan M. Garr’s transnational atlases in verse, and more.

Of course, as Dixon’s narrator says: “If you don’t ever want to go, and I know I’ve said this before, that’ll be fine with me too.”

Some quick business: It seems—part consciously, but part not—the print issues of Story have become part of the Slow Literature movement. (Is there such as thing? There is, it seems.) When we launched in early 2014 with issue one, we planned on putting out two issues a year. Sure, we knew we all were busy with families and full-time jobs, and the student editorial assistants would be learning on the job, but we figured 12 months are a lot of months, and two issues were certainly doable in that amount of time.

They weren’t. It seems Story is an annual, one that comes out each winter (beginning with our redesigned next issue later this year). What happened? Here are two ideas:

NOTE:  This issue is dedicated to Lois Rosenthal, who passed away in 2014. Lois gave new life to the original Story magazine from 1989 to 2000, discovering and publishing early work by Junot Diaz, Amy Bloom, Colum McCann, and countless others. Literature owes a great debt to her contribution. 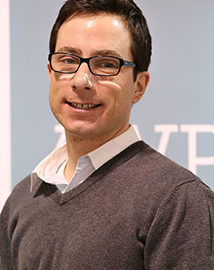 Travis Kurowski is the co-editor of Literary Publishing in the Twenty-First Century and editor of Paper Dreams: Writers and Editors on the American Literary Magazine, which won an Independent Publisher Book Award and a Foreword IndieFab Award. His fiction, poetry, and essays have appeared in Creative Nonfiction, Mississippi Review, Ninth Letter, Little Star, Poets & Writers, TriQuarterly, and elsewhere. Born in Oregon in 1978 and raised near …