8:01 a.m.: A train whistles, and Godzilla cannot find it. A flock of vultures flies in circles. Godzilla, bored with smashing expensive buildings, spins, staring at the birds.

10:10 a.m.: Dizzy from spinning, Godzilla drops into a doughnut shop, and his tail dips in the deep-fryer. He roars and runs in more circles.

11:42 a.m.: Godzilla pom-poms his wimpy arms and jumps, and the street cracks where he lands. He is not ashamed. A manhole flies into the air and takes out an already sparking streetlight. A man sets up an easel and paints the monster, gives him a moustache.

1:10 p.m.: Godzilla’s fire covers a church, and all the little people run out, arms flailing. Godzilla gets homesick. A man dressed in Sunday best throws a bible at Godzilla, who isn’t a bird but wants to be.

2:51 p.m.: Godzilla melts propellers, swats jets, yawns. He daydreams of the ocean, how badass he is for being able to walk on the floor of the Pacific. No pressure.

4:23: p.m.: Godzilla, having eaten so many doughnuts, can’t stop his flatulence. Those he doesn’t step on are knocked out completely.

4:27 p.m.: The vultures fly away, and Godzilla follows. He claws, he bites at the smoke thick in the air from projectiles that aren’t so much cutting him as messing up his bird watching.

5:06 p.m.: Godzilla hears the vultures squawk over empty land miles away from him, over rivers, lakes, corn, beach balls. Angry at open space he can’t have, Godzilla starts biting everything.

6:12 p.m.: Godzilla dropkicks a tank and sits down on a McDonalds. A kid uploads the video to Youtube. It goes viral.

8:47 p.m.: Godzilla does not, at this time, seek treatment for his potential bowel disorder. Mothra is not amused and leaves, stating personal reasons.

9:32 p.m.: There are no more jets and no more buildings to distract, so Godzilla leaves to find the vultures, clawing at his zipper as he goes. 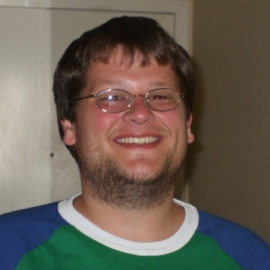 Brian D. Morrison is an Assistant Professor of English at Ball State University. He has been an administrator of Slash Pine Press as well as a former assistant editor for Black Warrior Review at the University of Alabama. His work has been published at Verse Daily, Copper Nickel, Cave Wall, and other journals, and he …