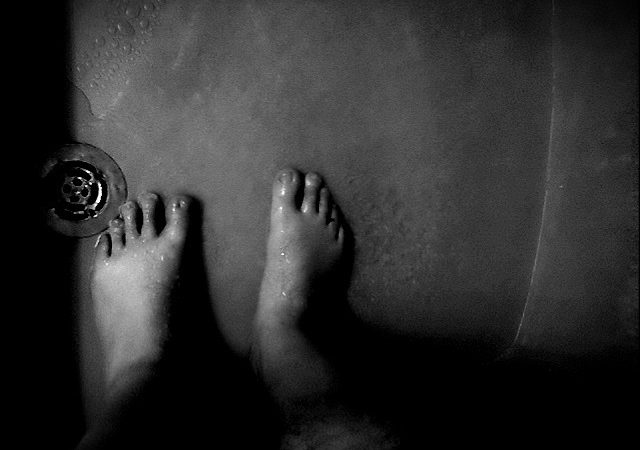 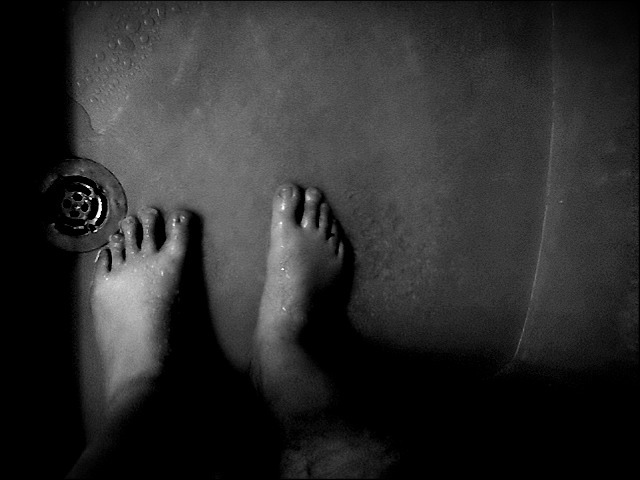 It was Wednesday, August 16th. I remember that because I circled it in purple Sharpie on my calendar. I don’t think Wednesdays are good days for dying. And purple was the wrong color to use. I should have used black. Red. Not purple.

I was lying in bed, about to fall asleep. It was humid that night—hot and humid. The whole world seemed like it had given up. Even the ceiling fan in my room was circling aimlessly, going through the motions.

Grandpa’d been sick for weeks—well, years, really—and everyone knew he was going to die soon, knew in that “everyone-knows” sort of way. Mom paused before she picked up the phone. It was 11 p.m. We all knew who was on the other end.

She held it close to her head, hunched over.

She said, “Thanks for calling.”

Then she hung up and started to cry.

I sat up in bed, stared at my hands. They looked like they were glowing white in the dark. The room seemed like an oil painting, painted in blue, the walls fading into the floors fading into the windows and the night outside. The crying stopped. I guess that’s a good thing. You never feel more mature than when your parents cry in front of you. You never feel more helpless, either.

The hall light flicked on, an orange glow dribbling through the cracks in my closed door. I heard her walk down the stairs in slow, heavy steps.

I laid back down after a while. Stared at the ceiling. The fan kept moving.

They say—“they” being the people paid to think about these kinds of things—that there are an almost infinite number of parallel universes, that everything that can happen has happened. In the last few days, wandering around hospital vending machines and watercolor landscapes, I’d hung on to that. Because there was a universe out there, somewhere, buried under all of the nastier ones, where the hordes of nurses and doctors and blue-robed surgeons whispered about miracles as Grandpa clambered out of his bed, as he laughed it all off and stretched out smelly, blue-veined legs.

It’s still out there somewhere, I guess. Some alternate me laughing and happy and sleeping through the night. But the “OK” and the “Thanks for calling” and the “Take care” cut it off from me. I could almost see it, a little slip of white paper snipped off by a scissor, winds snatching it out of my reach.

So he was dead. Cardiac arrest. The doctors told us he’d died in his sleep, nice and peaceful. Dad said it was a lucky way to go. Everyone seemed to repeat that, a comforting mantra. They’re right. He’d had a long life. A happy life. Cardiac arrest. I guess it’s something to look forward to.

In Spanish, the teacher was staring at the class’s potted plant. It was dying, had been dying, would continue to die until it was dead.

That whole day was phony. Phony? No, phony’s not really the right word. You know what I mean. When you’re sitting, doing whatever. Math problems, in my case. And your eyes are open. Wide open. Like you have two sets of eyelids, and this is the first time you’ve opened the second set. In a couple decades, you’re going to be a skeleton. Every second, every passing second, is gone. You can’t get it back. Why the hell are you doing math?

It’s true, though. True in the kind of way nothing else is. You’re going to die. Me, too. I like to stand in a crowded place—Grand Central, say, or the middle of a city square—and sentence everyone to death. Study their faces, imagine what their skeletons look like under all that sinew, all that blood. That woman in the scarf and heels, clicking down the pavement. The man with the fluorescent coat, walking a dirty little terrier. The girl screaming at a boyfriend on her cell. Dead, dead, dead.

Have you ever looked at your hands? Really looked at them? There’s a skeleton a millimeter past that smooth skin. A Halloween decoration. Dead, dead, dead.

I slipped out of gym class early that day and walked home. The world was in the awkward stage between fall and winter, when a couple leaves are still clinging onto their trees, holding off the snow. We live in a forest. The whole town is pretty much swarmed with trees. When we moved here, Mom spread her arms wide and talked about the forest in a hushed, magical voice, like saying the words too loudly would break them. I was seven. I’d grown up in Chicago. Trees were lonely little twigs sticking up out of sidewalks. I didn’t even know what a forest would look like.

We cremated him. Well—not “we.” Someone else stuck him into a fire, and he got burnt up. I asked Dad how much he thought the guy who stuck the corpses into the fire got paid. He said to be quiet and listen to the eulogy.

If you squinted at the floor in the reception room, it looked as though everyone was wearing the same shoes. Black blobs floating across the carpet. We all stood around and talked in low voices about what a wonderful life it was, what an absolutely wonderful life, goddammit. Couldn’t have it any better, goddammit. Not much point, is there? Black shoes and black suits, low voices pattering over the carpet. Wednesdays and purple ink and shoes. There’s no good way to eat a deviled egg.

Personally, I would’ve liked an open casket funeral. I told Mom and she made a face. It would make it real, wouldn’t it, to see the body? The ash is nothing—the ash is ash. A blur in the air. Everyone should be able to touch the corpse, to pinch its cheeks, to feel its hair. To open and close its eyes. To understand. I didn’t tell Mom that part. I told my sister, though. She rolled her eyes and said there’s a name for people who want to touch corpses. Whatever.

It takes a while for me to walk home. It’s a mile and a half. The forest didn’t look like what Mom had talked about in her hushed voice. The trees were thin and scraggly and bare. The mush of leaves spread across the dirt floor, shapeless. Around the trunks, thistles gathered, gossamer cages with those red poisonous berries clinging to their twigs like water droplets.

We’d learned about fruit flies in Biology. Usually I don’t remember much from school, but that afternoon I thought a lot about those fruit flies. They have no central nervous system, you know. They—the scientists, I mean—did scans. Fruit fly MRIs. I like to think they built tiny little MRI machines for the tiny little fruit flies, that someone spent months hunched over a big desk with two toothpicks making microscopic arm restraints from sewing thread and specks of lint. That they gave each fruit fly a mini hospital gown and told them to just close their eyes and relax at the beep. They probably didn’t. They probably did something practical. But that’s what I like to think.

My point is, they saw little images of the little brains, and fruit flies don’t have a central nervous system. They can’t feel pain. Nothing.

I saw a fruit fly today, actually. Swirling around my hand. I tried to brush it away, but my finger squished it; it made a brown dot that you could see if you really squinted. I don’t think anyone bothered to squint, though. And it’s interesting, that moment. The fruit fly was buzzing around, thinking about—well, not thinking, exactly, but doing whatever things it is that fruit flies do. And then there’s darkness. No pain, no morphine drip. No tears. Just a tiny little end to one miniscule part of the world. Just a tiny little private darkness.

In front of my house, we have a Japanese Maple. There was only one little clump of red leaves left, huddled together for warmth like the penguins in those British nature documentaries. When I stood at the front of the stoop, the sun blotted out the branches. For a second it shone through the last few leaves. They looked like a fluorescent haze, floating in the sky.

I unlocked the front door.

That night, I stood in the shower. I like the shower. In 9th grade, our English teacher spread her arms wide like Mom with her magic forest and told my class that showering was a rebirth. We were learning about themes of water and renewal in classical literature. Something like that, anyway. We all snickered. The rest of the year, we’d say things like, “Getting pretty dirty; tonight I better get reborn.”

I think I die in all the somewheres, actually.

And somewhere, I don’t go to Harvard or Yale or write a song or die of cardiac arrest. Somewhere, I stand here in this shower and stare at the puddle around my feet, at the steam and the rushing water. Somewhere, I close my eyes and give a sigh that’s drowned out by the endless droplets. Somewhere, I wish I was reborn, but instead I just stare at my feet, stare until the bathroom seems to vanish, until the tile turns to fog, until there’s nothing but the knobbly pair of feet. And somewhere, I sit down on the cold tub floor, lean my head against the wall. Somewhere, I’m one of those little droplets, falling and splashing and spiraling down into the drain.

Violent Fearon is a 16-year-old aspiring writer who lives in Pleasantville, NY and attends Pleasantville High School. Although “A Private Darkness” is rather morbid, she promises she is funnier in real life. Violet has been published in Teen Ink.