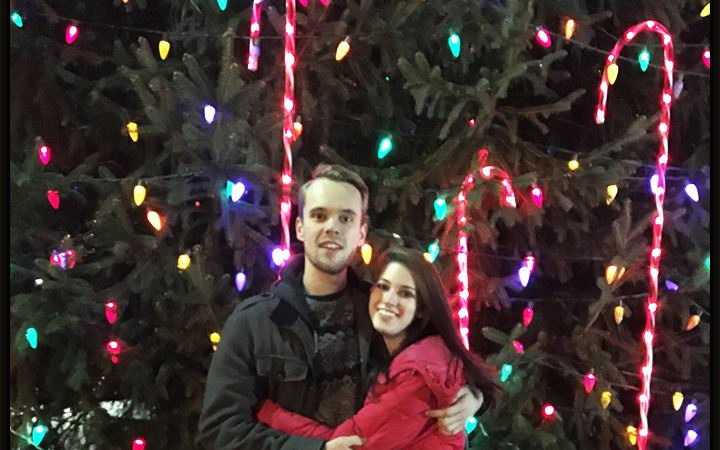 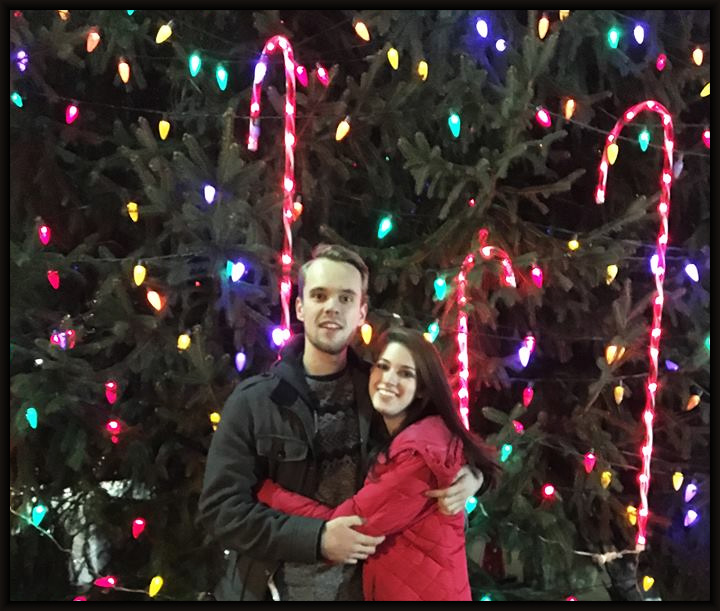 This photo was taken on December 4th, the First Friday arts celebration of the month in downtown York. I had never been to the tree lighting ceremony in the city before, and when my boyfriend, Ryan, found out, he said going was a must. It was stunning: 40-ish feet of a healthy pine with lights the shapes of pine cones. Growing up, we had a fake tree every Christmas. So when my dad went to Afghanistan in 2010, my family wanted a change. My brothers helped my mom strap the biggest tree we could find to the top of her Highlander. Once we brought it inside, it was much too big and we had to cut the top off. Mom set it up herself. And one night, while my brother and I were watching TV, it fell on me. One moment, the screen. The next, dark needles. An ornament flung down and hit me in the tooth. From beyond the branches my younger brother yelled, “Are you okay?” Sandwiched between the couch and the pine, I let out a small groan. He eventually lifted it off of me. I was okay except for a few small bruises. When I first approached the mammoth pine at York’s First Friday, I laughed. I turned to Ryan and said, “If this fell on me I would definitely die.”
Part of a series of Holiday Storyographies from the Story staff.

Dani Elizondo is a Professional Writing major and soon-to-be graduate at York College of Pennsylvania. She began as a reader and intern for Story, and now works as an editorial assistant.